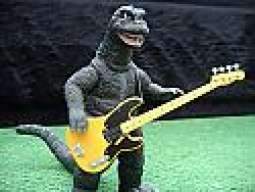 "You never even called me by my name.", Male, from Central Ohio