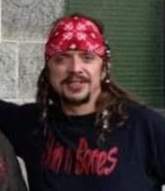 I'm just a beginner of sorts. I taught myself how to play songs. Off of basslines on YouTube. I'm retiredI decided to learn the bass. Jan 19, 2021