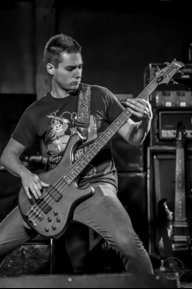 Surfin on my bass through a sea of cognitive dissonance, eyes closed chanting sacred aum as my guide, waves crashing in a fibonacci sequence Sep 16, 2016